Some quick facts about childhood cancer:

The National Cancer Institute (NCI) notes that among the 12 major types of childhood cancers, leukemias (blood cell cancers) and cancers of the brain and central nervous system account for more than half of the new cases. About one-third of childhood cancers are leukemias. The most common type of leukemia in children is acute lymphoblastic leukemia. The most common solid tumors are brain tumors (e.g., gliomas andmedulloblastomas), with other solid tumors (e.g., neuroblastomas, Wilms tumors, and sarcomas such as rhabdomyosarcoma and osteosarcoma) being less common.

The causes of childhood cancers are largely unknown. A few conditions, such as Down syndrome, other specific chromosomal and genetic abnormalities, and ionizing radiation exposures, explain a small percentage of cases. Environmental causes of childhood cancer have long been suspected by many scientists but have been difficult to pin down, partly because cancer in children is rare and because it is difficult to identify past exposure levels in children, particularly during potentially important periods such as pregnancy or even prior to conception.

According to the American Cancer Society (ACS), major treatment advances in recent decades mean that more than 80 percent of children with cancer now survive 5 years or more. That’s a 20 percent increase since the mid-1970s, when the 5-year survival rate was less than 60 percent. Still, survival rates vary depending on the type of cancer and other factors.

ACS also notes that cancer is the second leading cause of death in children younger than 15 years old (after accidents). About 1,310 children are expected to die from cancer in 2013.

How can you support childhood cancer awareness this month?

The Northern Nevada Children’s Cancer Foundation’s Know the Gold program kicks off Sept. 1 and continues through Feb. 1, 2014. Named for the gold ribbon nationally recognized as the symbol for childhood cancer, Know the Gold is an awareness and advocacy campaign that also helps the NNCCF fundraise to support its programs throughout Reno, Sparks and Carson City. Watch for the Know the Gold Bucket Brigade Sept. 6 and 7 at businesses including Bibo Coffee, Doughboys Donuts, Raley’s at Wedge Parkway, and Archies of Wolf Den. Additional fundraising ideas and details about Know the Gold are available on the NNCCF website at nvchildrenscancer.org.

Candlelighters Childhood Cancer Foundation of Nevada hosts its 23rd annual 5K and 1 Mile Race for Our Kids with Chet Buchanan Saturday, Sept. 14 at Mountains Edge Exploration Park in Las Vegas. The team event, the organization’s largest event, raises money for the Foundation’s programs and services which include patient advocacy, counseling and support groups, and financial assistance for families.

The Nevada Childhood Cancer Foundation hosts the 8th annual Bone Marrow Registry Drive Sept. 19. The event helps to save the lives of children with cancers that require bone marrow transplants by building up the registry of bone marrow donors. Additional events throughout the year help to fund the Foundation’s services which include Camp Cartwheel and The Caring Place, a no-cost facility for those with cancer to heal mind, body and soul.

Cure 4 The Kids Foundation has partnered with several stores and restaurants at Town Square in Las Vegas to donate proceeds from specific menu items throughout September. The organization provides financial assistance to families with children facing cancer and other chronic diseases, as well as treatment assistance in Reno and Las Vegas. 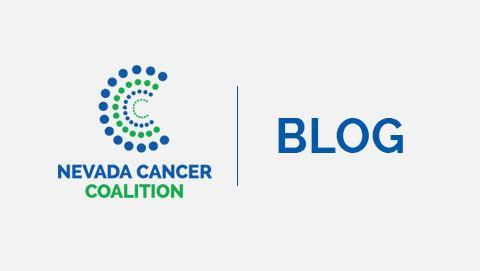 RenOpen Streets Gets Sun Smart
10.21.2015
It may have been rainy and overcast, but that didn't dampen the spirits of Nevada Cancer Coalition and Renown Health staff at this year's
Read more about this blog