The Sun Smart Schools kick-off assembly will include a short sun safety education program for students. Gardnerville Elementary School (GES) Principal Shannon Brown will be awarded “champion status” for his work to include the school in the Sun Smart Schools pilot program during the 2015-2016 school year. In addition, fast-growing Autumn Blaze maple trees, expected to grow to a height of 50 feet and a width of 40 feet and provide sun protection via shade, will be dedicated. Minden’s Mountain View Tree Farm owners Rob and Kathy Rice donated one large tree to the school, and the GES parent-teacher organization provided funds to purchase several more.

Superintendent of Schools Teri White and Chief Nurse Jen Tyndall and other key supporters of the program will be in attendance, along with NCC Executive Director Cari Herington and other members of the NCC staff.

DCSD is the first school district in Nevada to implement the Sun Smart Schools program in all its schools. Seven schools statewide participated in the pilot program during the 2015-2016 school year, GES among them. Research from the pilot program showed positive results in younger children and identified key areas of need for reaching older youth.

Sun Smart Schools is modeled after successful evidence-based programs in Arizona, Colorado, and Australia. Its goal is to begin reversing the growing incidence of skin cancer through education, policy, and environmental changes, such as providing greater access to shade and sunscreen.

At the direction of Superintendent White, and under the administration of Tyndall, DCSD is implementing the program in all its elementary, middle, and high schools. Automatic sunscreen dispensers have been installed in each school, and students, teachers, staff, and parents will be provided opportunities to learn about the sun and sun safety practices throughout the year. A district-wide sun safety policy is being studied.

Skin cancer is the most commonly diagnosed cancer in the U.S., and rates are rising. Melanoma, the deadliest form of skin cancer, is the second most common cancer among youth ages 15 – 29. Skin cancer is primarily caused by overexposure to the sun’s ultraviolet rays and from tanning bed use. People born in 2015 have a 1 in 50 chance of developing melanoma. Three or more blistering sunburns before age 20 double a person’s chance of developing melanoma. 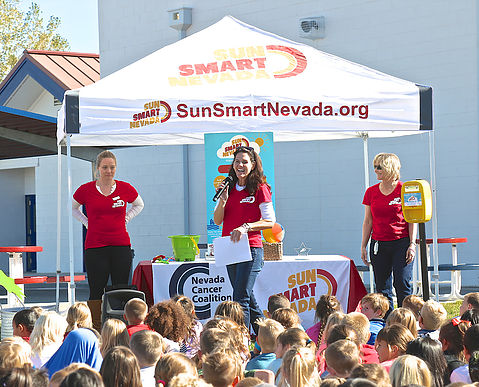 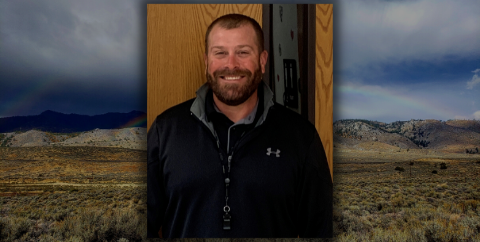 Inspired by Loss, Elko P.E. Teacher Models the Importance of Sun Safety
04.11.2022
When you’re a 13-year-old boy, and the father you idolize – a man who’d been a lifelong athlete and All-American high school
Read more about this blog 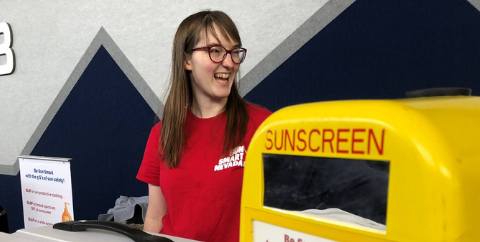 The key to prevention: Education
02.07.2022
Sometimes it seems like sun safety is a bit like flossing: you have to be reminded every six months or so when you’re younger
Read more about this blog 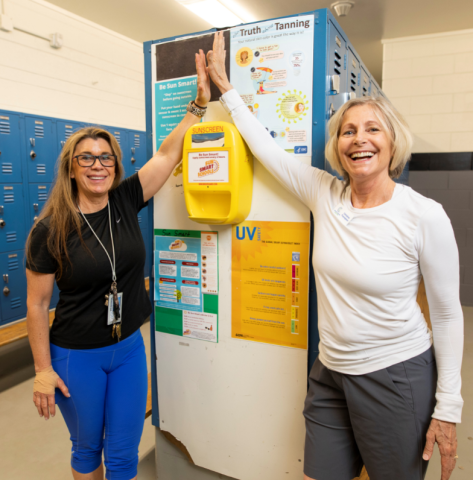